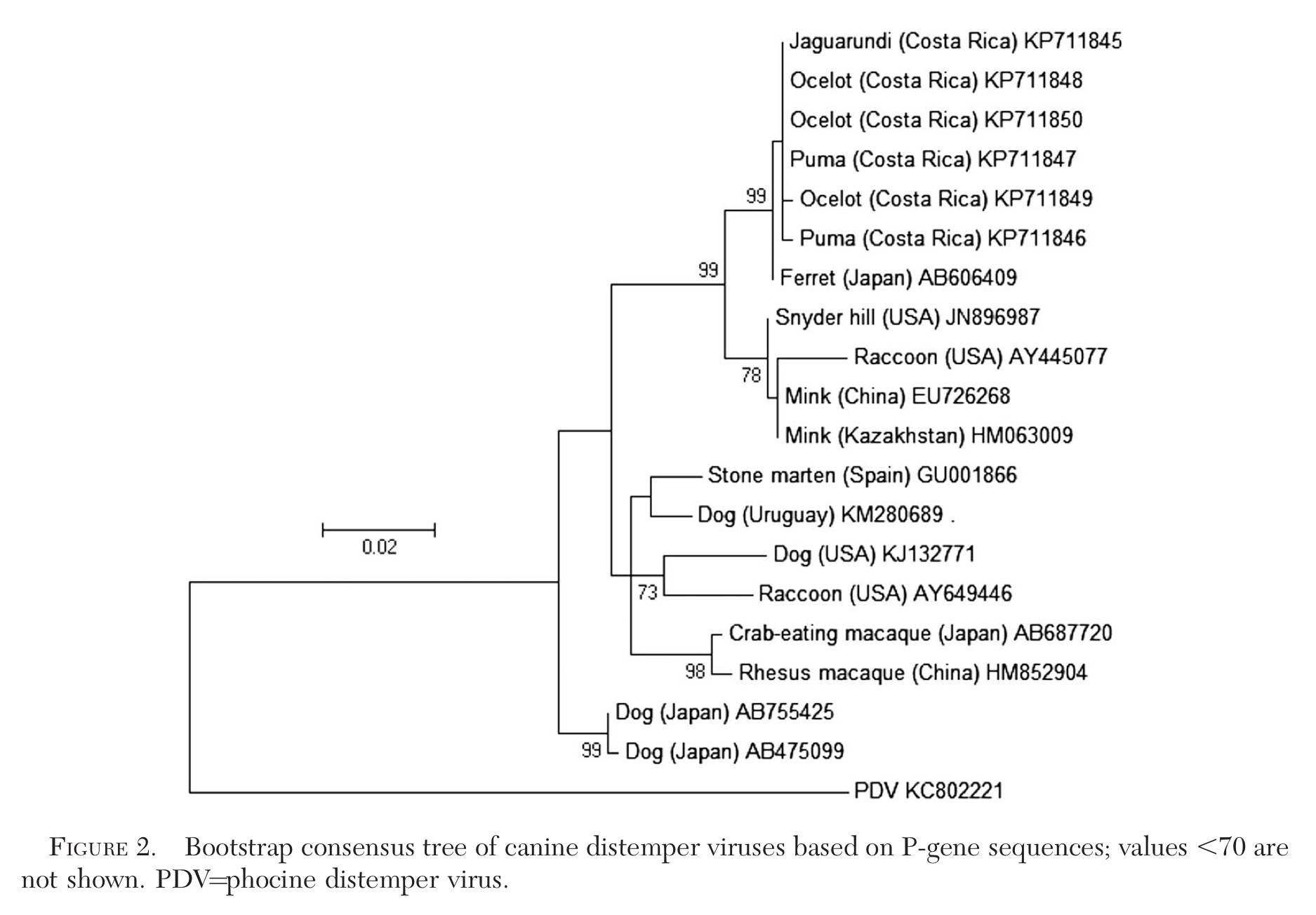 Several studies have shown Dengue Virus (DENV) nucleic acids and/or antibodies present in Neotropical wildlife including bats, suggesting that some bat species may be susceptible to DENV infection. Here we aim to elucidate the role of house-roosting bats in the DENV transmission cycle. Bats were sampled in households located in high and low dengue inci- dence regions during rainy and dry seasons in Costa Rica. We captured 318 bats from 12 different species in 29 households. 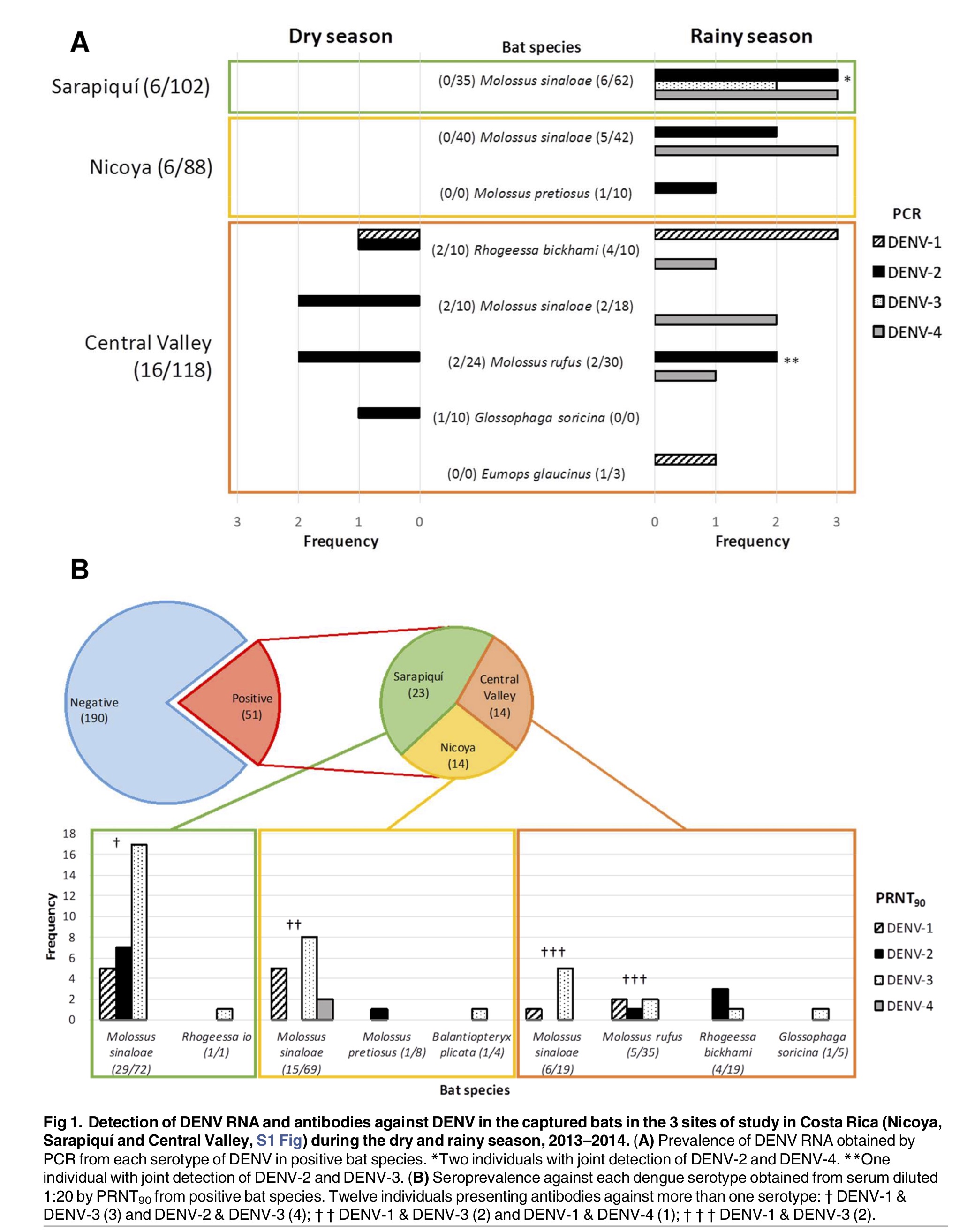 Necropsies were performed in 205 bats to analyze virus presence in heart, lung, spleen, liver, intestine, kidney, and brain tissue. Histopathology studies from all organs showed no significant findings of disease or infection. Sera were analyzed by PRNT90 for a seroprevalence of 21.2% (51/241), and by PCR for 8.8% (28/318) positive bats for DENV RNA. From these 28 bats, 11 intestine samples were analyzed by RT-PCR. Two intestines were DENV RNA positive for the same dengue serotype detected in blood. Viral isolation from all positive organs or blood was unsuccessful. Additionally, viral load analyses in positive blood samples by qRT-PCR showed virus concentrations under the minimal dose required for mosquito infection. Simultaneously, 651 mosquitoes were col- lected using EVS-CO2 traps and analyzed for DENV and feeding preferences (bat cyto- chrome b). Only three mosquitoes were found DENV positive and none was positive for bat cytochrome b. Our results suggest an accidental presence of DENV in bats probably caused from oral ingestion of infected mosquitoes. Phylogenetic analyses suggest also a spillover event from humans to bats. Therefore, we conclude that bats in these urban environments do not sustain DENV amplification, they do not have a role as reservoirs, but function as epi- demiological dead end hosts for this virus.

West Nie virus (WNV) in the lAmericas is thought to be transported at large spatial scales by migratory birds and locally spread and amplified by resident birds. Local processes, including interspecific interactions and dominance of passerine species recognized as competent reservoirs, may boost infection and maintain endemic cycles. Change in species composition has been recognized as an important driver for infection dynamics. 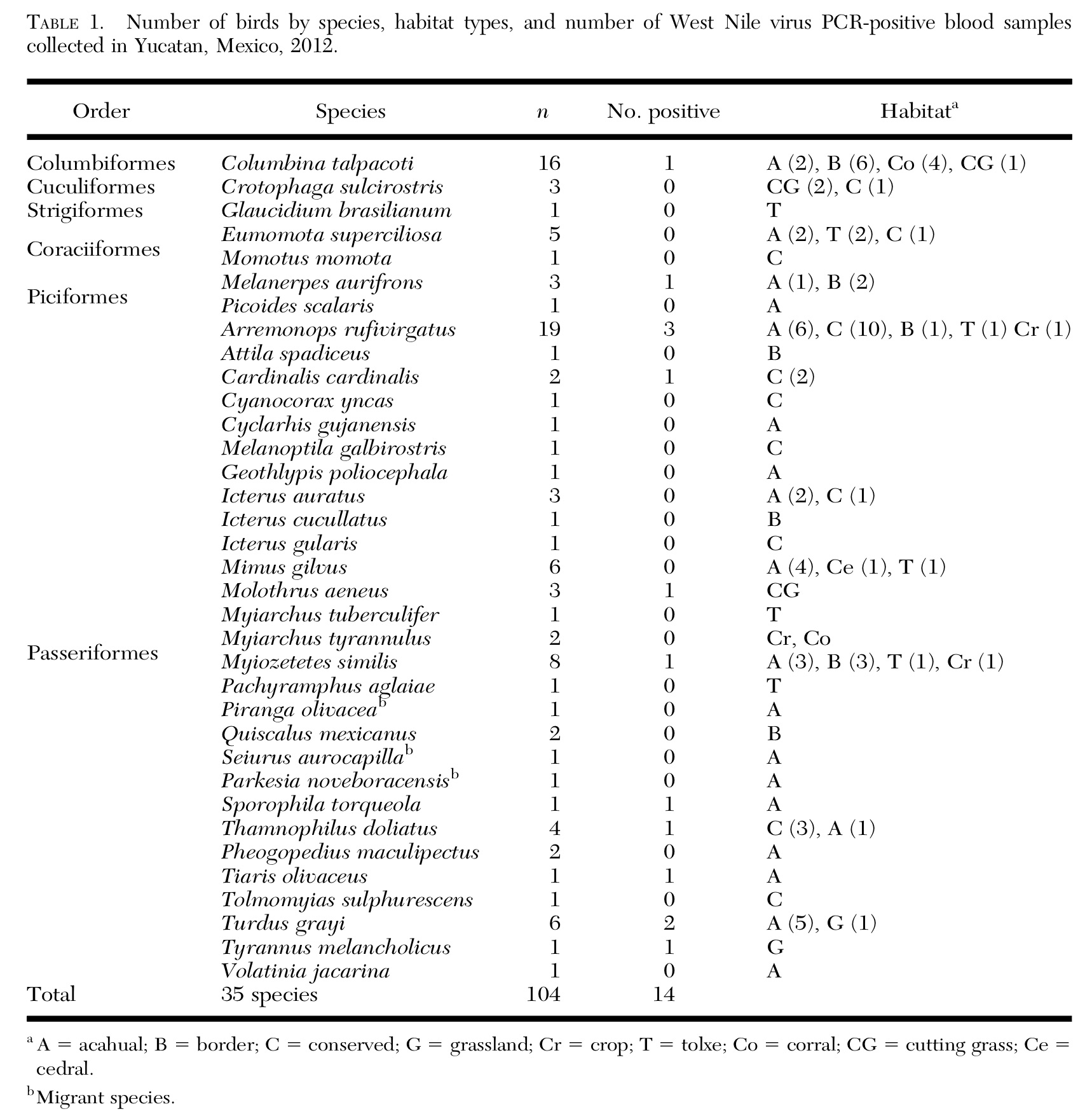 Due to migration and changes in species diversity and composition in wintering grounds, changes in infection prevalence are expected. To these changes, we used PCR to estimate the prevalence of WNV in wild resident birds during the dry and rainy seasons of 2012 in Yucatan, Mexico. Serum samples were obtained from 104 wild birds, belonging to six orders and 35 species. We detected WNV in 14 resident birds, representing 11 species and three orders. Prevalences by order was Passeriformes (27%), Columbiformes (6%), and Piciformes (33%). Resident birds positive to WNV from Yucatan may be indicative of local virus circulation and evidence of past virus transmission activity.

Marine turtle fibropapillomatosis (FP) is a devastating neoplastic disease characterized by single or multiple cutaneous and visceral fibrovascular tumors. Chelonid alphaherpesvirus 5 (ChHV5) has been iden- tified as the most likely etiologic agent. From 2010 to 2013, the presence of ChHV5 DNA was determined in apparently normal skin, tumors and swab samples (ocular, nasal and cloacal) collected from 114 olive ridley (Lepidochelys olivacea) and 101 green (Chelonia mydas) turtles, with and without FP tumors, on the Pacific coasts of Costa Rica and Nicaragua.

We conducted a study of the two main populations of free-living Scarlet Macaws (Ara macao) in Costa Rica to detect the causal agents of avian tuberculosis using noninvasive techniques. We analyzed 83 fecal samples collected between February and May 2016 from the central and southern Pacific areas in the country. Using PCR, we first amplified the 16S region of the ribosomal RNA, common to all Mycobacterium species. Then, products from the insertion sequence IS901 and from a 155-base pair DNA fragment evidenced the presence of the avian pathogenic Mycobacterium avium subsp. avium strain and a Mycobacterium genavense strain, respectively.

Seven of 38 (18%) samples collected in the central Pacific area were positive for Mycobacterium spp. and 3 of 38 (8%) were positive for M. genavense, with one sample amplifying regions for both. Two of the 45 (4%) samples collected in the south Pacific area of Costa Rica were positive to M. a. avium. Our detection of avian tuberculosis pathogens in free-living Scarlet Macaws suggests that free-living macaws could excrete in their feces M. genavense, bird-pathogenic M. a. avium, and possibly other Mycobacteria (not detected in our study).

The terciopelo (Bothrops asper), is one of the most important venomous snakes in Costa Rica and common on agriculture where insecticides are frequently used for pest control. To assess the exposure to organophosphates on captive B. asper, an experiment using chlorpyrifos and butyrylcholinesterase (BChE), as a biomarker was conducted. In addition to BChE, hematology, aspartate aminotransferase (AST), total proteins (TP) and albumin were measured after exposure. Different concentrations of chlorpyrifos were used in Group A (0.1%) and B (1%), while the Control Group received distilled water; each group was composed of 5 snakes. 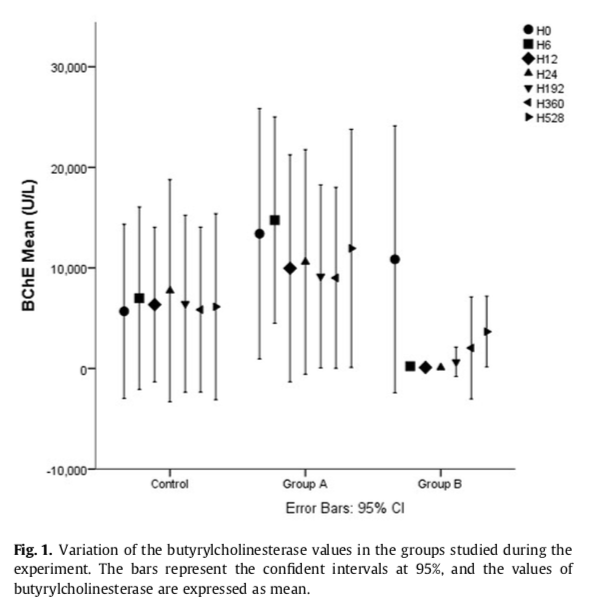 Values of BChE, AST, TP, and albumin were measured before exposure, and at 6, 12, 24, 196, 360 and 528 h post-exposure. Hematology values were measured after 24 h post-exposure. As result, an important variation between subjects in all groups before exposure was obtained. Moreover, BChE activity showed 37% inhibition of Group A when compared to Control Group at 12 h post-exposure, and a higher inhibition of Group B (97%) related to Control Group, at 6 h post- exposure. Recovery of BChE occurred towards 528 h, never reaching initial values. Despite some varia- tion in the rest of parameters used, a marked relative lymphopenia and monocytosis occurred at 24 h, assuming stress as the main cause.